Consilium Academies is a multi-academy Trust working across the North of England. It has nine academy schools located in Yorkshire, the North West, and the North East. Consilium is dedicated to enriching lives and inspiring ambitions for both students and colleagues.

One Kind Word leads to one kind action. Following Anti Bullying Week during a class discussion in form time, Miss Wallace's Year 8 form class came up with a plan to try and raise a little bit of money for a homeless charity.

Any money they raised would go towards purchasing some hot meals at Christmas time for those who are in a less fortunate situation than many of us find ourselves.  They decided that they would collect any loose change that might be found around the building or in the playground and that they would also ask their fellow students would be able to help them out too.  This plea was delivered in a whole school assembly this week and the response has been amazing with students bringing in handful of pennies from their own piggy banks, donating money from their pocket money or finding dropped change while around and about.  Every penny counts!

They are also in the process of collecting donations of Pot Noodles, drinks, cereal bars, warm clothing such as hats, scarves, gloves etc which will also be donated to the same charity to distribute as they carry out their amazing work on the streets.

The charity they have chosen is a fantastic organisation called Destiny Streetworx who are committed to reaching out and helping those who have found themselves in situations less fortunate than many of us do.   If anyone would like to make a donation to our project then please contact us here at Washington Academy and we will update you on our final total soon! 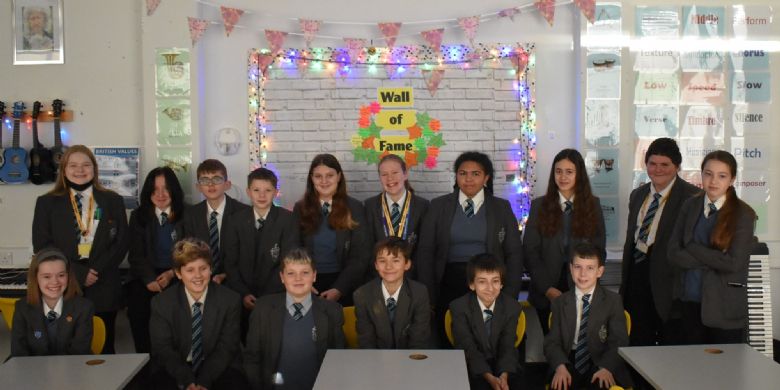